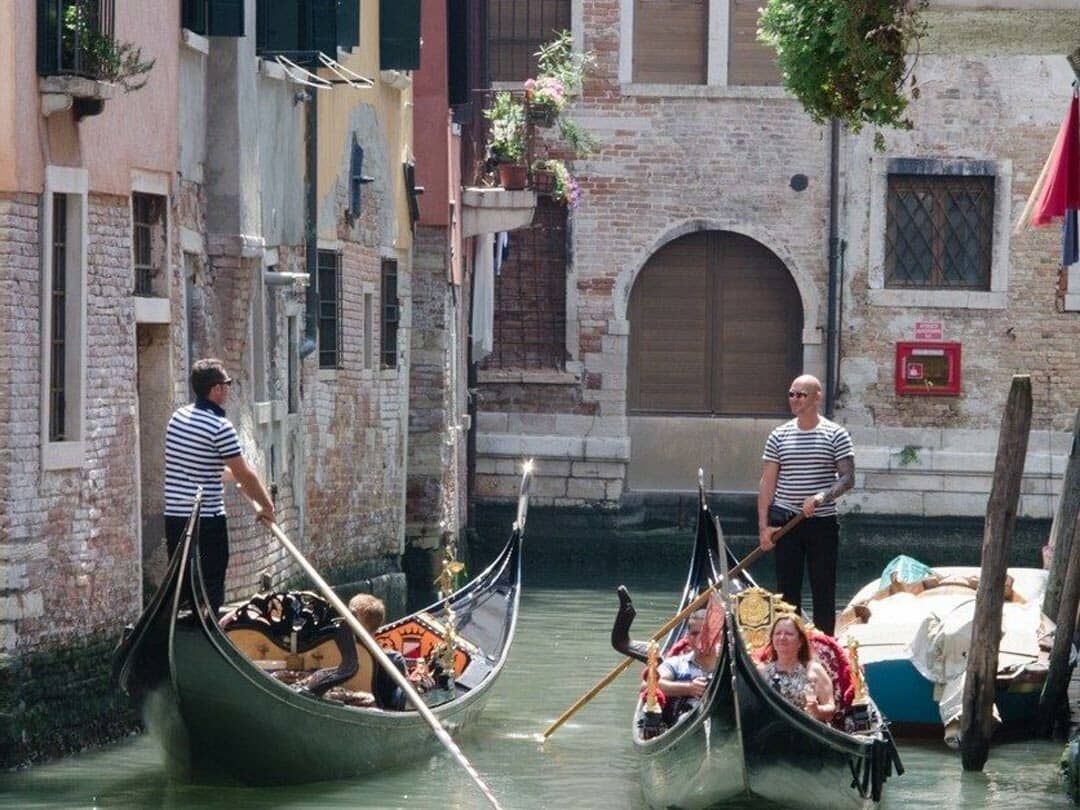 The thought of visiting Venice always comes with excitement and anticipation.  After all, it is said to be the most Romantic city in Europe. With its gondolas, canals, spires and bridges it is truly a magical experience.

If you haven’t visited before always try to spend at least a few days before or after your Luxury Cruise and get to know this fascinating city.

Arriving on a cruise ship into Venice is one of those things you will always remember.  It seems like a floating city with its domes, cupolas and towers which all seem a bit more magical from a cruise ship. Our voyage on the Cunard Queen Victoria entered the Canal di San Nicola at about 6:30 in the morning and this is a must-see event.  At 6:45 we entered the Canale Di San Marco passing by St Marks Square and then sailing along the Canale Della Giudecca to our berth. 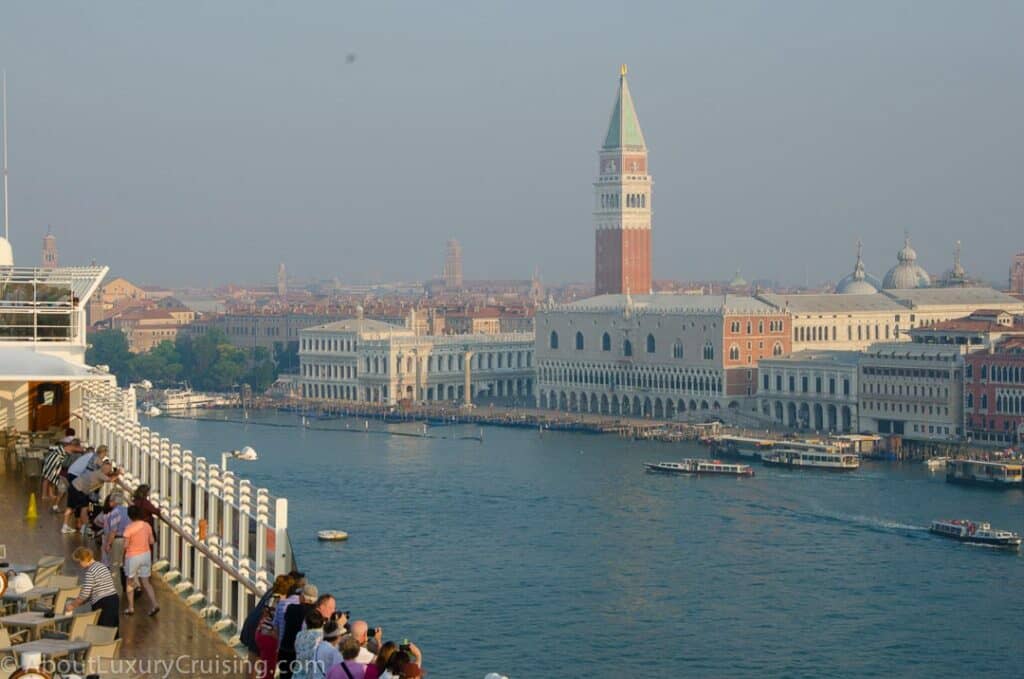 The thing to remember is that Venice is an Island and the main form of transport around the inner city is by boat. So how do you get from the Cruise Terminal to St Lucia Station?

This can be by private water taxi (expensive), which you really need to pre-book or the use the public Vaporetto. If using the Vaporetto you will need to buy a ticket at one of the many outlets in the city. You can also pay on the boat. The walk from the cruise terminals at either Venice cruise port – the larger Maritime cruise terminal or the adjacent smaller San Basilio to your water transport can be quite a distance and can be a potential nightmare particularly if it is hot. There is lots of walking involved.

The other option is to organise a transfer to pick you up from the ship and take you to closer to the city. BEWARE, most taxis will only take you as far as the Piazzale Roma which is a dropping off point just on the edge of the city and as far as motorised traffic can go. Then you are on your own and have to cross over the main bridge into the city close to the St. Lucia Station. There are land porters for hire to haul your luggage from point to point and charge approx. 6 € per bag or more. They’re expensive but worth it as you can see from the picture below. 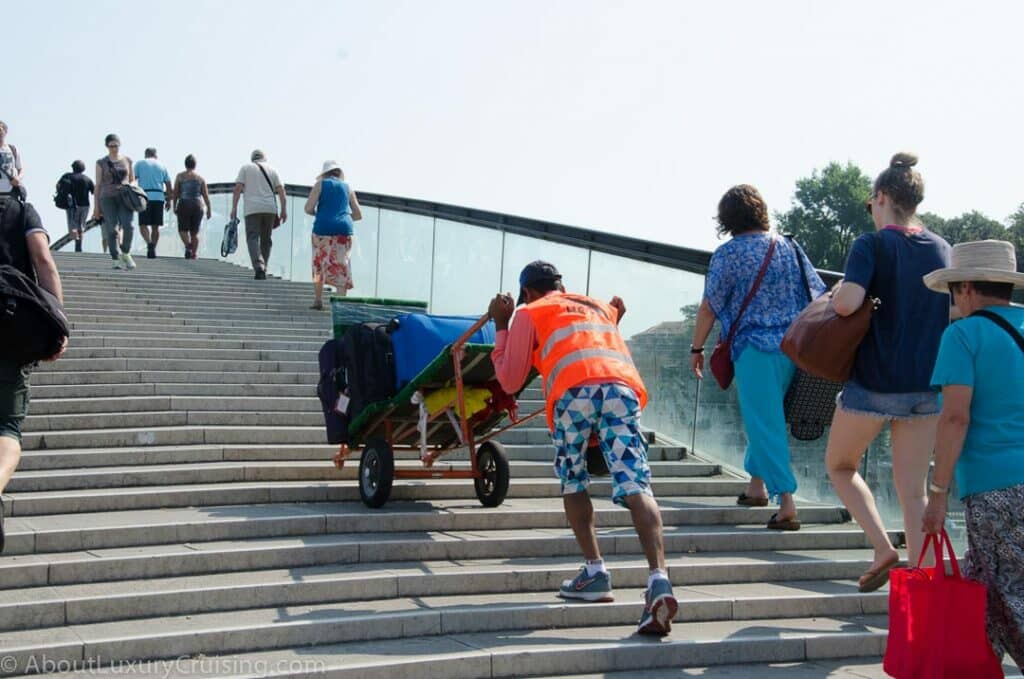 The Bridge from Pizalle Roma across the canal towards St Lucia Station with one of the hard-working porters struggling up the many steps….. 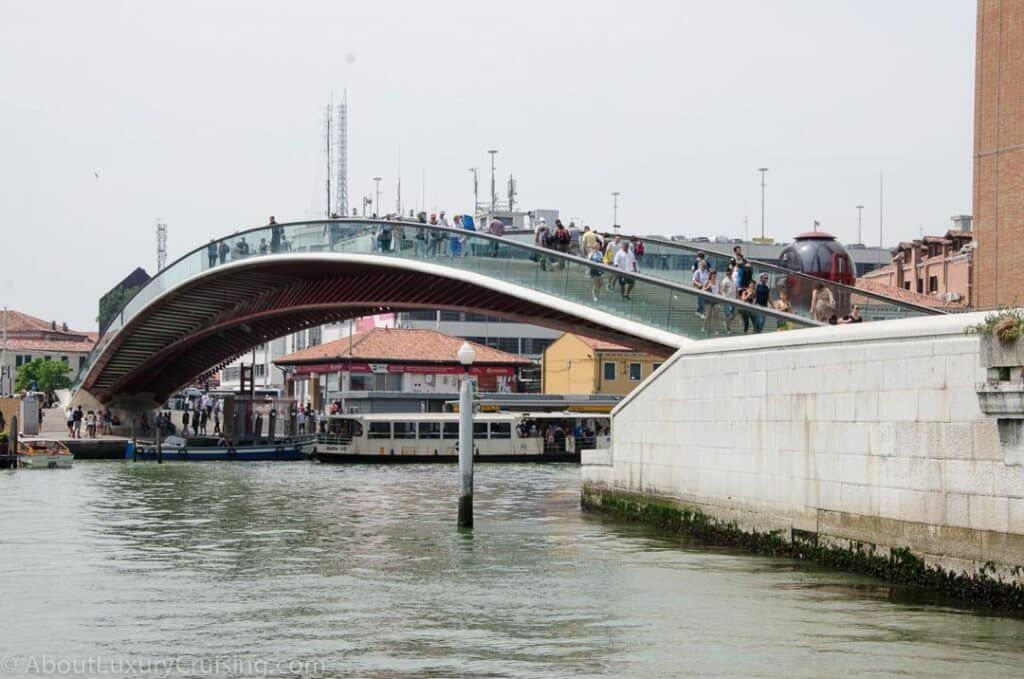 Another view of the bridge you must cross if on foot

So how did we do it?  We booked a private mini-van transfer from the ship to St Lucia station but made it clear we wanted to be taken to the station and not dropped off near the station only to endure the assault course over the bridge to the station. Most companies said this was not possible.

It is. Our driver picked us up ( a little late – but that’s normal in Italy) loaded our bags and drove us towards the station.  Thinking we were to be dumped for the bridge climb, we were intrigued when the driver turned off the main road into a side road, little more than a dust track, and then over a secure railway crossing into the station.  Yes, we were in the station and driving down by the side of parked trains!! 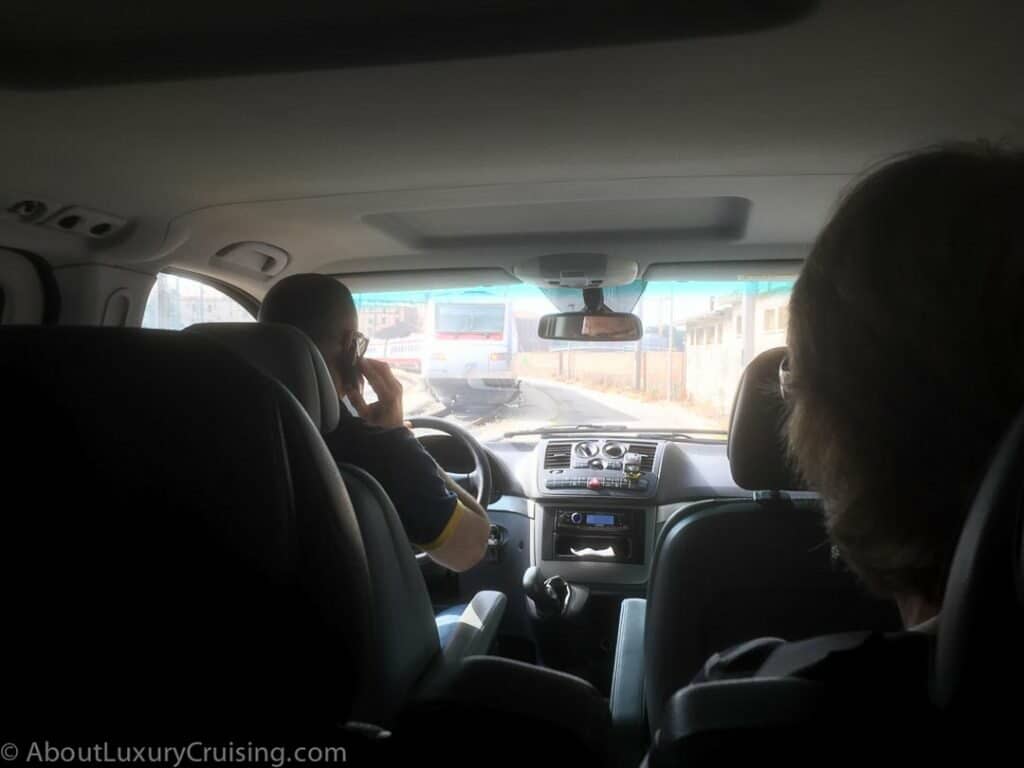 It can be done – a taxi right to the train.

I couldn’t resist these favourite Venice photos of mine 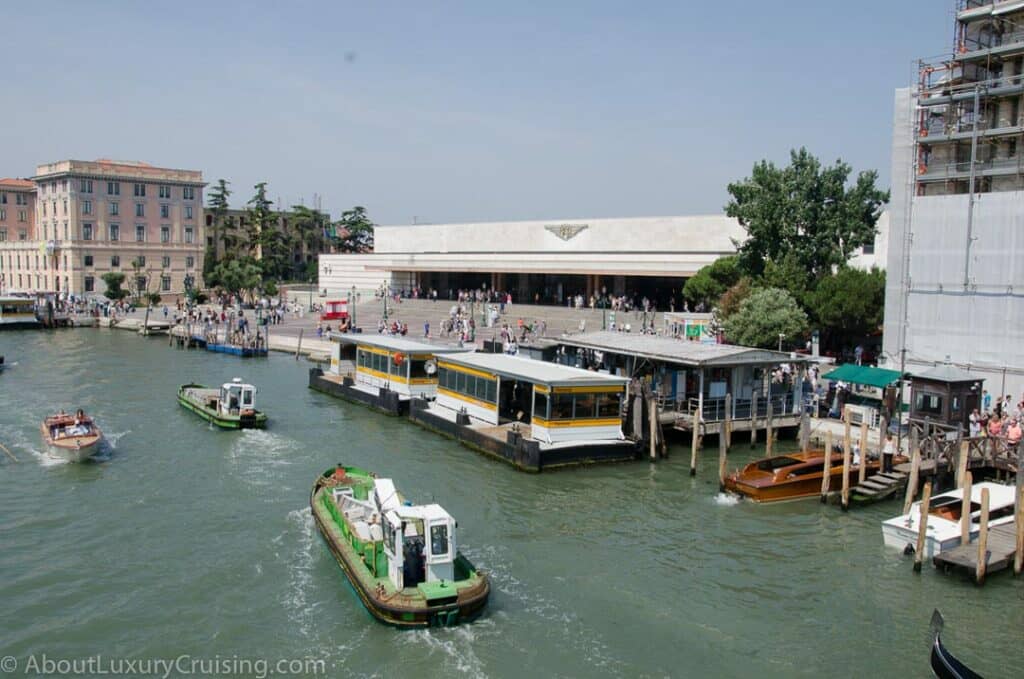 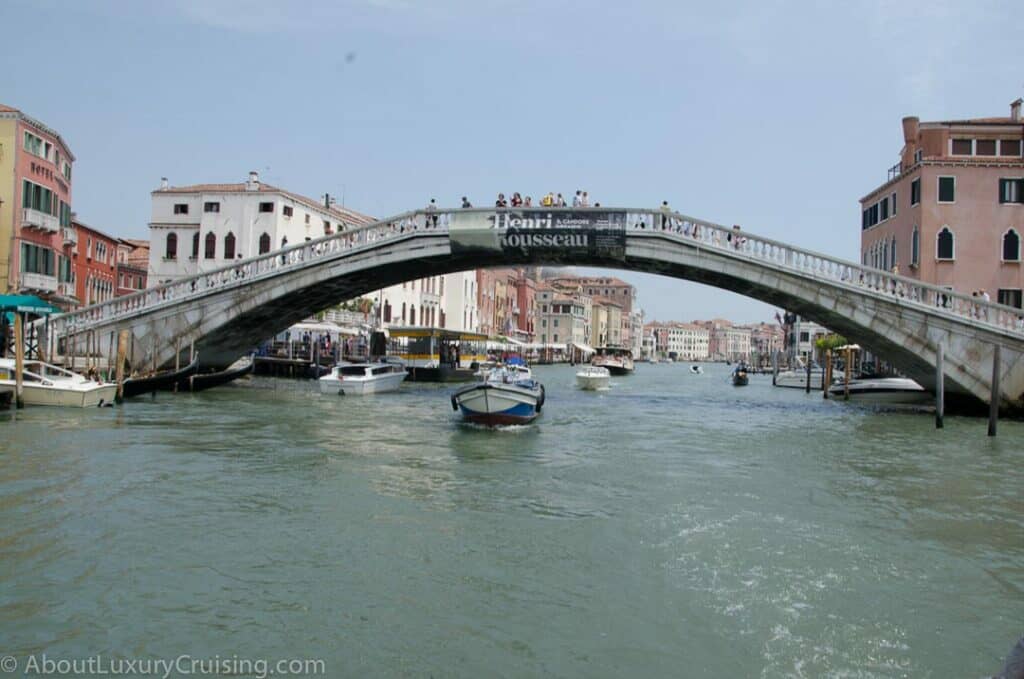 The issue of whether large cruise ships should be allowed into the lagoon has rumbled on for years and environmentalists have fought to have the largest ships banned. Now the national government has confirmed the ban which will block all cruise ships exceeding 96,000 tonnes from Saint Mark’s Basin and the Giudecca Canal from 2015 and also severely restrict visits by smaller ships of no more than 40,000 tonnes.

You can’t blame the Venetians for wanting to protect their beautiful island with its treasures and history, but the reality is that if nothing is done then Venice will eventually sink below the water. So if Venice is on your To-Do list, my tip is to do it now before it is too late.