The End of Power Strips on Cruise Ships ? 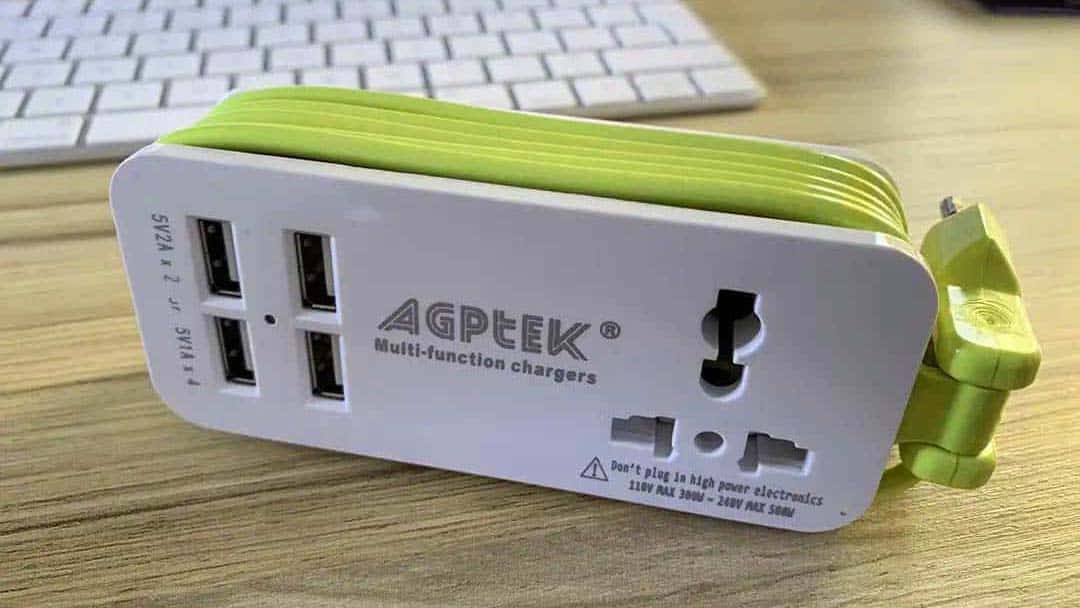 Why they’re being banned on some ships

THIS POST MAY CONTAIN COMPENSATED LINKS. FIND MORE INFO IN OUR DISCLAIMER.

A question that keeps being asked is “Can I use a power strip or extension cable in my cruise ship cabin”?

There is a lot of confusion about what is and isn’t allowed these days. It’s a moving target, with the rules changing all the time. This is not helped by a lack of consistency from some of the cruise lines as to what is and what isn’t allowed.

If, like us, when we go on a cruise, we travel with numerous battery-powered devices that need to be kept charged.  There is nothing worse to find your camera dead when you are about to capture that crucial moment. Or your Phone is on 1% battery when you need to make a call. We have all been there.

The trouble is that many cruise ship cabins or staterooms, particularly on older ships, don’t have as many power outlets (or sockets) or USB outlets as we would like. We have become hungry for USB and Power outlets and so load ourselves up with chargers and power strips in this article, we try to address the question, “are extension cords allowed on cruise ships”?

Mains Power Strips or extension cables, particularly ones with surge suppression and a length of cable are being banned by a growing number of cruise lines for safety reasons. In some situations, they have been shown to cause fires on ships and the cruise lines are responding to a Safety Alert issued by the US Coastguard. You can read the Marine Safety Alert here.

The technical reasons for this safety alert are complicated but it is all to do with the difference between maritime electrical systems and domestic land-based systems.

So for us cruisers, the issue is that there aren’t any specific cruise ship power strips. But the good news is that but there are alternatives which we will detail later in this article.

At the time of writing, the cruise lines seem to have varying policies ranging from cautionary notices to outright bans! 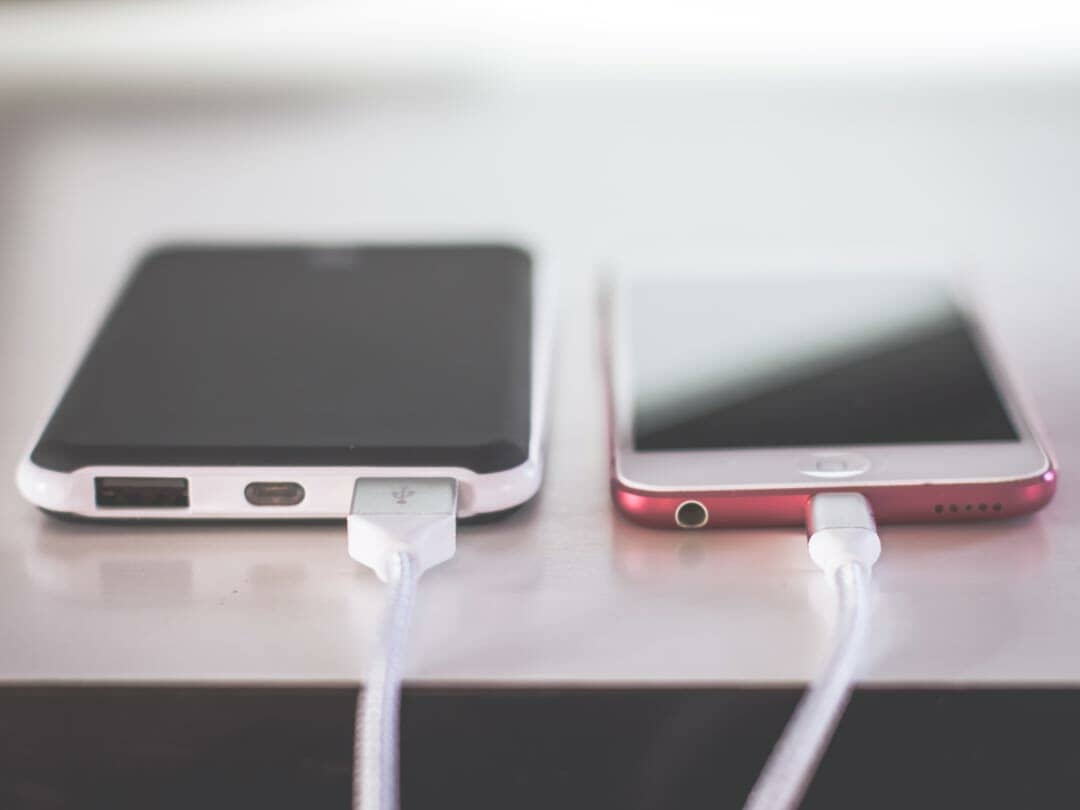 Mobile devices are hungry for power

Warnings from Cruise Lines include:

We highly recommend you check with your cruise line before you travel.

This product from Amazon is highly rated with 5 stars and nearly 6000 ratings. 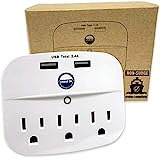 The Technical Reasons Why

Fire is the greatest danger at sea, and standard domestic devices may not prevent faults like they would at home. Domestic power strips will certainly work on a cruise ship, but they aren’t necessarily safe for a rather ironic reason. The fuse or circuit breaker that is supposed to protect you from fire due to short-circuits or overloads may not work correctly on a ship.

These breakers generally rely on disconnecting the live or ‘hot’ wire in your AC circuit, leaving only the neutral and ground wires connected. Because a ship generates electricity in a different way and has a different method of grounding, there is a chance that if the circuit became overloaded, then the power strip’s built-in breaker would work. But this would not necessarily stop the flow of electricity.

Normal domestic house wiring is asymmetric, having one line at 120V (or 220-240 in Europe), and the other shorted to ground at the mains distribution panel. The neutral side is, in theory, close to ground and therefore not likely to cause a shock. The live side is, in practice, dangerous.

Ship wiring is symmetric, having two lines, each at 60V and 180 degrees out of phase which produce a 120V AC voltage.

On the domestic system, a grounded neutral is used. Any ground fault (hard or instantaneous) will cause breakers to trip or fuses to open. At worst, your lights go out.

At sea, a loss of power whilst the ship is navigating through narrows or a channel may cause a dangerous situation so an insulated neutral is used. A single ground fault (hard or instantaneous) will energize the hull, but much like birds sitting on uninsulated wires, the crew is not at immediate risk, but the ground fault must be cleared because:

What are the Alternatives to Power Strips

Most power strips we have seen are generally intended for domestic use and manufactured with surge protection built-in. So it is pretty unusual to find one without surge protection. We have found a cruise-compliant product which is available on Amazon.  Worth checking this one out.

Other options are available, and Amazon is a place to search for cruise gadgets.

USB Power Charging Ports can be a handy accessory at home, but in a cabin, with limited electrical outlets, they are a must-have accessory. We use the Anker 5 Port USB Hub. It not only has five standard USB ports (USB A) but it also has a USB C port which supports USB power delivery. This means you can charge phones that use USB C, but also laptops such as certain model Macs, the Dell XPS series laptops, and others. A power strip with USB included is also a good option provided it does not have surge protection.

There are cheaper options available and Amazon is a good source for such gadgets, but this one is a good choice.

European Power Outlet Adapters are another accessory you may need on a cruise ship.  There are cheap ones out there so it will not break the bank to have several of these devices. Most cruise ships supply both 110VAC and 220VAC power to cabins and public areas. In North America 110VAC is used and these are the outlets you likely have in your cabin. There are normally at least one or two 220VAC outlets (Type F, as used in most of Europe).

The best travel adapters we have found are the Worldwide Travel Adapters with USB outlets. These have a flexible arrangement for selecting which power outlet you have and also up to 4 USB Charging Ports. These are not the cheapest adapters but in our opinion, this type is the best option for cruising.

Can I bring an extension cord on a cruise ship?

Power strips, multi-plug box outlets/adaptors and extension cords (without surge protectors) are allowed on board when used with proper caution. However, if such devices are determined to pose a hazard, they will be removed and returned the last day of the cruise prior to debark.

Why are power strips not allowed on cruise ships?

Many cruise lines have banned bringing power strips on cruise ships due to the chance that the surge protector will overload the circuit and cause potential electrical damage or fires. Alternatives include USB charging stations, multi-socket outlets, or outlet adapters which don’t contain a surge protector.