Sailing on the Hebridean Princess 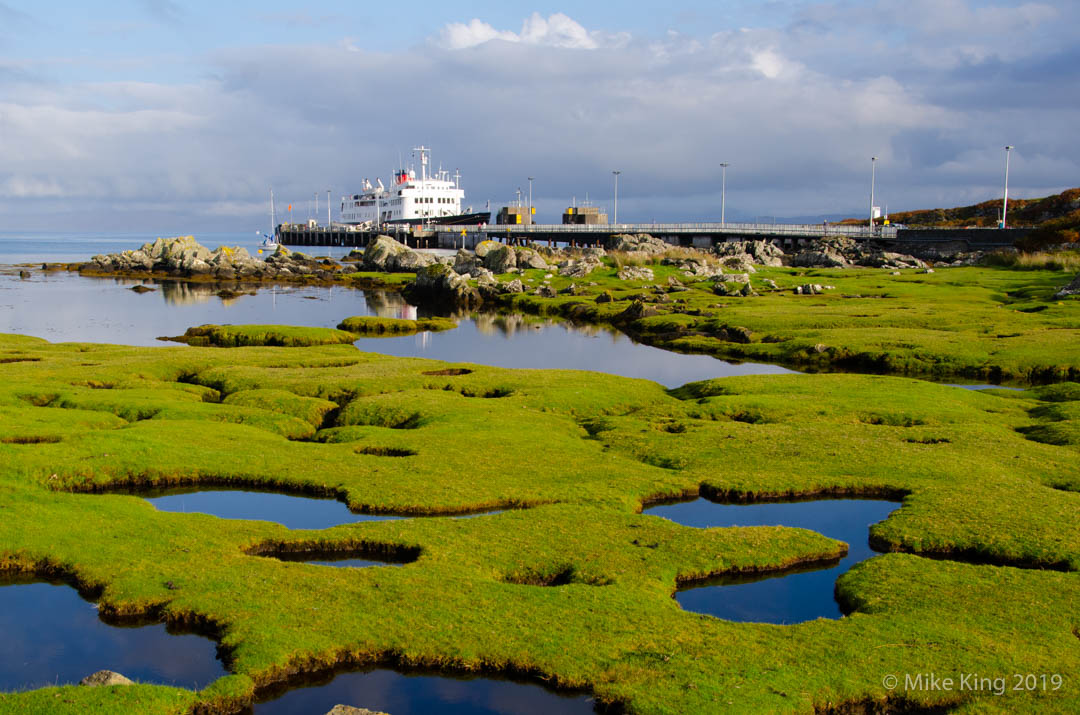 This is a trip that has been on our bucket list for a while and so as we consider ourselves as novice foodies, we decided to embark on the Hebridean Island Cruises “Gastronomic Scotland” Cruise around the Highlands and Islands of Scotland. The ship has a maximum of 50 passengers and a crew of 40. At 2,112 gross registered tons, the ship is small by modern standards. It is small but charming, cosy and inviting with great character. The Hebridean Princess really is a cruise ship like no other. As a stand-in for Her Majesty’s Queen Elizabeth’s now-defunct Royal Yacht Britannia, the ship stands tall amongst the new high tech, adventure-packed, floating theme parks that represent today’s mainstream cruise lines.

At the airport, we were met by Hebridean staff for our coach transfer to Oban where we would join the ship. A bit like a river cruise, Hebridean had their own very comfortable coach for the journey which took a little over 2 hours. From the Lowlands to the Highlands and passing many Famous Scottish Lochs including Loch Lomond, Loch Long, Loch Awe and Loch Fyne. 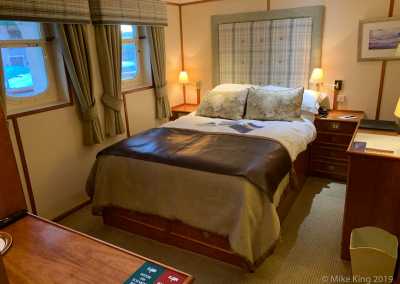 Our Cabin in Hebridean Princess 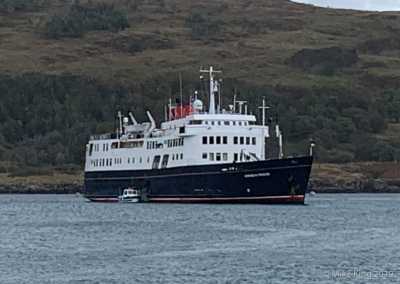 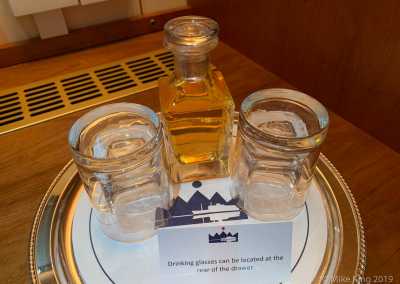 Whiskey in our Cabin Each day!

On a lovely September afternoon, we were honoured to join the ship on our cruise around the Hebrides. Our first surprise was that on arrival at the ship in Oban, Anita and I were piped aboard the Hebridean Princess. This intimate ship had become a favourite of Queen Elizabeth II and we could see why. In fact, since the Royal Yacht Britannia was decommissioned in 1997, Her Majesty Queen Elizabeth II has twice chartered the entire ship for family holidays.

This little ship began life at MV Columba in 1964 as a 2,110-tonne ferry taking passengers and cars around the Hebridean Islands off the northwest coast of Scotland.

However, she was sold and refitted in 1989 and was transformed into a luxury cruise ship with 30 well-appointed cabins to pamper 50 passengers in a style reminiscent of what we have seen in the TV series Downton Abbey. Afternoon tea and champagne were served in Tiree Lounge which gave us the chance to meet the other guests who were mainly seasoned well-travelled individuals.

Afternoon tea and pre-dinner canapés are served in the Tiree Lounge on deck 4 and breakfast, lunch and dinner served in the Columba Restaurant on Deck 3. Everyone is allocated a specific table for dining with couples generally seated on tables for 2 and singles on larger tables. Breakfast consisted of a simple buffet and a comprehensive range of freshly cooked al la Carte selections.

We found everything about this to be well organised with great food choices and of high quality. The provenance of food is important to us and the staff were always able to check the origin of ingredients such as meats and cheeses. Lunch was served each day in the Columba restaurant and generally a la carte with a good selection of menu choices. 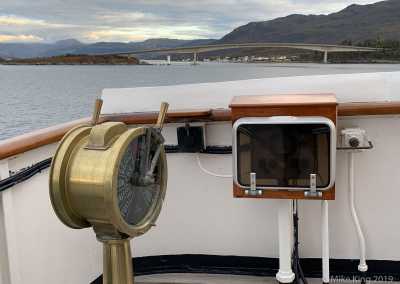 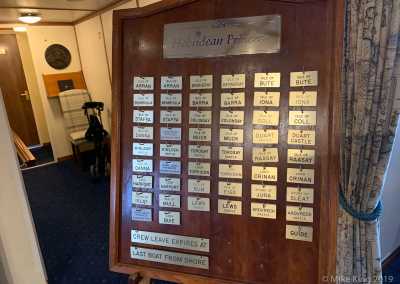 Who is one the ship? 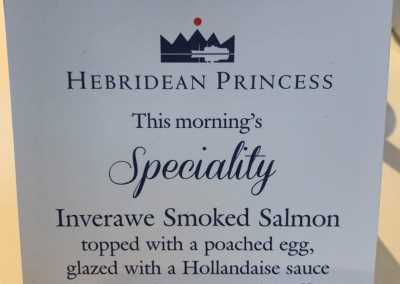 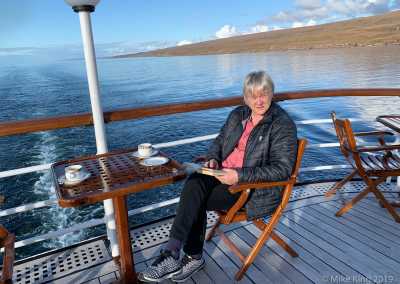 Relaxing on the back of the ship 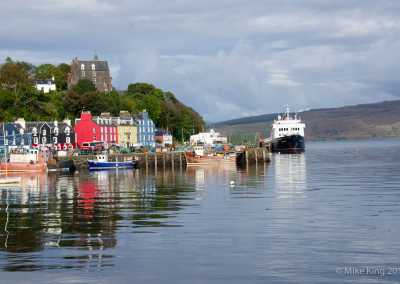 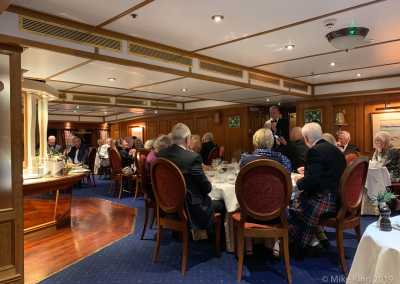 Hebridean provides a full range of educational and informative shore excursions as part of the cruise fare. With visits to Whiskey Distilleries, Oyster tasting, Scottish Castles there is always something to do. Lots of the guests enjoy walking and exploring the Islands and there are bikes for those feeling even more energetic. The ship also has a speedboat for those who seek a bit more adventure.

The Hebridean Princess cabins are generally smaller than on larger cruise ships. However, they are individually designed to make the most of the available space. Poetically named after Scottish Isles, Lochs, and Castles – they are spacious for a vessel of her size. Each is highly individual, cosy and comfortable. For the solo traveller, there are a number of single-occupancy rooms plus various grades of double occupancy staterooms. We chose the Isle of Raasay for our trip which was perfect for us.

Facilities included ample wardrobe space, TV, personal safe, trouser press, ironing board and in-room tea and coffee making facilities. A decanter of Hebridean Island Cruises own Whiskey is provided in each cabin, but this we understand can be replaced by a tipple of your choice. One thing we weren’t too sure about was that there were no keys for the cabins and these were always left unlocked unless you were inside the cabin. Quaint but it seemed to work well.

The Hebridean Princess boasts a small well-stocked library and card room and various cosy seating areas to enjoy a drink and take in the stunning scenery. The main reception on deck 3 was small but perfectly suitable for the ship.

A small gift shop was attached to the main reception desk but only occasionally manned. The hub for most gatherings on board and for afternoon tea and canapes before dinner is the Tiree Lounge and bar. The focal point of the lounge is the traditional red brick Inglenook fireplace.

Watch our Video on Tube and please Subscribe to our channel

Everything on the Hebridean Princess is included. No bits of paper to keep signing for all your extras like drinks and shore excursions. Visits to local places of interest are included as are several cafes, where you just show your HP card. Hebridean arranged with shoreside cafes etc to provide teas, coffees and snacks which were all paid for on a tab set up by the ship. Tattinger is the onboard choice of champagne and this flows throughout the cruise. An amazing selection of whisky is also available from the Tiree lounge bar. Free Wifi is provided thought the ship and the speed is acceptable. 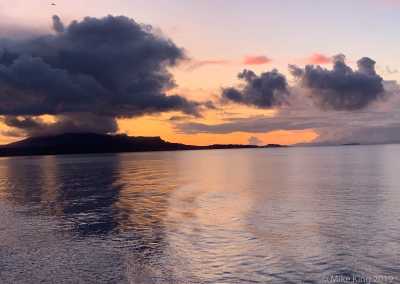 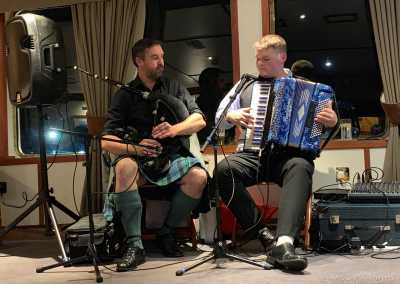 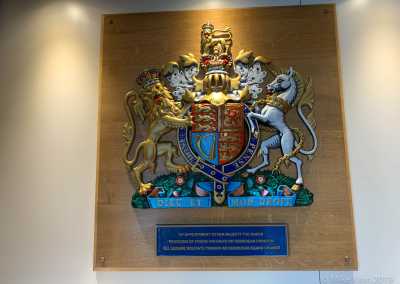 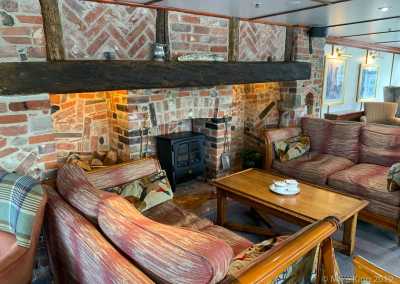 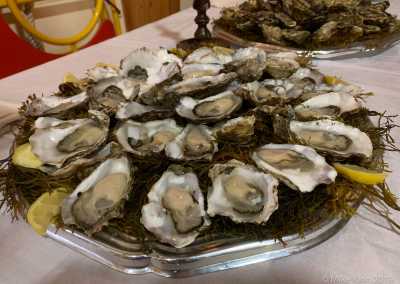 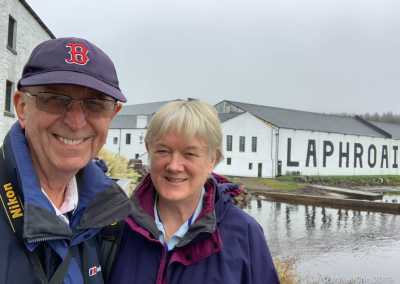 In conclusion, this certainly is one of a kind cruise. A true Ultra Luxury All-Inclusive cruise ship. Our experience of Hebridean was beyond our exceptions because it was a very different type of cruise on a very small ship.

The ship itself is quite traditional but cosy and has its own charm and character. It’s no wonder that HM Queen Elizabeth II chartered the ship more than once to enjoy some quality family time. Even though we do like to travel with other cruise lines and on more modern ships, we have already pencilled in a return to this fascinating little ship.