Route of the Vikings Ports of Call 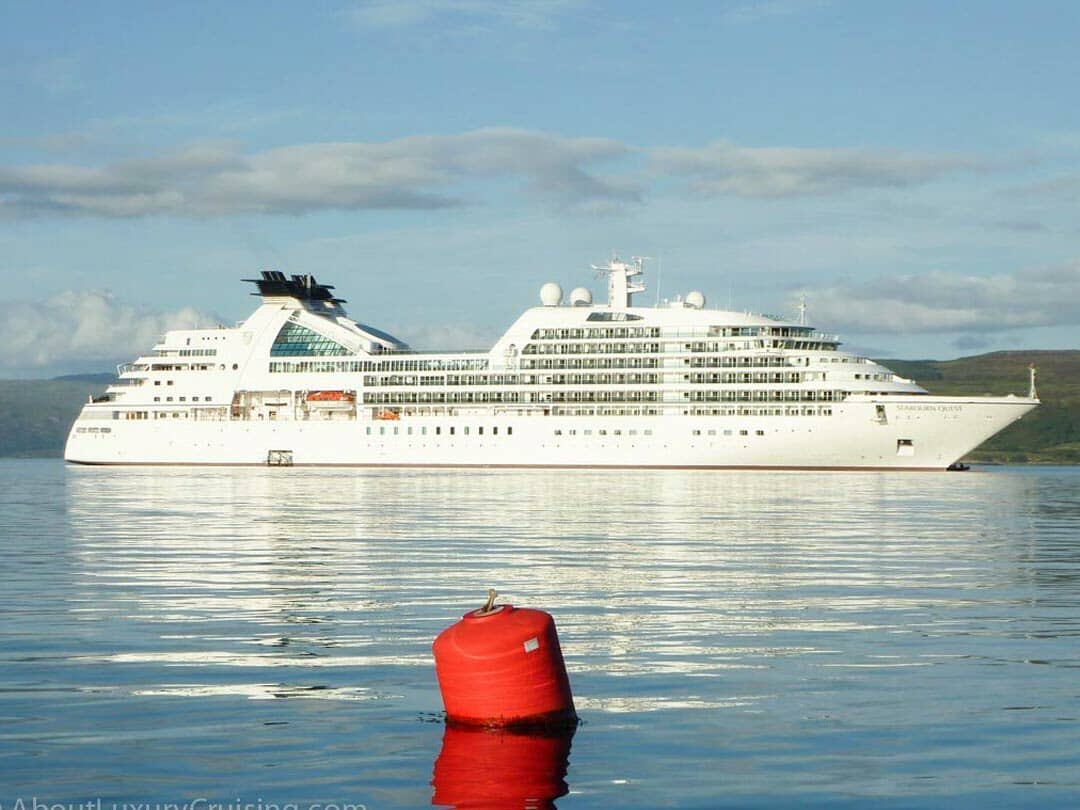 For us the Seabourn Route of the Vikings cruise from Dover to Montreal was a “must do” trip, not only because it was with Seabourn, one of our preferred cruise lines, but it had one of the most amazing itineraries.

Dublin, Ireland
We took the complimentary shuttle bus from the Ship into Dublin City centre. Very disappointing as there were many road works and a new tram system being built. We visited Trinity College and took a wander down the famous O’Connel Street before seeking out the Statue of Molly Malone which has now been moved to outside St. Andrews.

Dublin seems to. have lost its character but there are still many things to see including the Guinness Brewery, Temple Street bars, etc.

Greenock, Scotland
Our ashore excursion to visit Loch Lomond and various other lochs in the highlights of Scotland. Sunning landscapes and beautiful scenery made this a great 4 hour trip from the ship.  Travelling back via the ferry we arrived in Greenock late afternoon.

Tobermoray, Inner Hebridies
Arriving by tender in the picturesque town of Tobermory we boarded our bus for the trip to visit the island off Iona some 2 hours by bus. The striking thing again is the stunning scenery and the panoramic vistas along the route.  The weather was again kind to us with little wind and plenty of sunshine which is unusual in this part of Scotland. From Fioranford we took a short free trip on the Caledonian McBrayye ferry “Lord Bute” to the island on Iona. Afternoon tea in the little cafe and then  walk around the village and Abbey before retuning to the freely for the short ride bak to Fionaford. En-route we saw many Scottish Highland cable, red deer and eagles.  A great trip on  great day.

Another very picturesque little town and with great either we opted for some exercise and a walk around the town up to Lewes Castle on the hill overlooking Lewis.

The very small town of Heimaey is surrounded by Hills and Volcanic rocks.

Cruising Prince Christian Sound
Prince Christian Sound is a Sound that separates the mainland of Greenland with the Sangmmissoq and other islands of the Cape of Farewell at the southernmost tip of Greenland. Connecting the Labrador Sea with the Irminger Seathe Price Chistian Sound is approx 60 miles long.  We transited the sound on a beautiful late August afternoon.  Stunning scenery, steep moutons on either side of the Sound which at its narrowest point is just 500 meters wide.  Icebergs were everywhere withe some extraordinarily beautiful structure like works of art. We also opted for the Zodiac tour from the ship which took us close to glaciers and other stunning features for this incredible journey along the sound.

Qaqortoq, Geeenland
Lovely little place on the west coast of Greenland with mountains and hill rising over the Fjord system around the city. Arrived on a lovely sunny day with calm waters so breakfast was then on the back of the ship. Taking the tender ashore we wandered around this quaint little town with it’s colourful wooden buildings everywhere staggered onto the hillside. Flies everywhere but these would soon disappear when the winter snows came in a few weeks time. Just a few opportunities to purchase souvenirs and gifts from Greenland
Nonortalik, Greenland
This little port stands on an island in Southern Greenland. Surrounded by the sea and mountains and influenced by powerful nature, Nanortalik is a charming and friendly place but this is a bit off the tourist track and there seems little to see.  A brisk walk along the high street with it colourful buildings was all we could manage in the freezing temperatures and biting wind. The local information office was warm and inviting and had a reasonable section of souvenirs and other locally crafted gifts.

Corner Brook, Newfoundland
Canada’s easternmost and most rebellious province, Newfoundland and Labrador is located on the Bay of Islands at the mouth of the Humber river. A small town, Corner Brook has the second largest population in the province after St John’s.  We only a few shore excursions available we decided to take a short trip entitled “Corner Brooks Highlights” and 2 hour trip which gave us a flavour of the town and surrounding areas. Taking in a panoramic drive out to the eastern edge of the city to see the ski centre at Marble Mountain, the Heritage Tree and Captain Cook’s monument. A nice taster trip but at 89USD per person a tad expensive.

Saguenay, Canada
The river Saguenay fjord which ploughs northwest from the St Lawrence river and is one of the most southerly Fjords in the norther hemisphere.  Considered to be one of the provinces most beautiful areas, Saguenay boasts relatively warm fresh water.
Quebec City, Canada
Oh Quebec, what a lovely city.  We have visited Quebec before and it never disappoints.  With the friendly locals and so much to see and do, you really need an overnight stop, which  is what Seaboard arranged on this voyage.

Trios Rivieres, Canada
Trois Rivières is  located at the confluence of the Saint Lawrence and Saint Maurice Rivers approximately half way between Quebec City and Montreal.  This charming little town has a rich heritage with both the French and english having settled here. The town seems to be investing heavily in tourism and cruising in particular having recently upgraded their cruise terminal. 16 cruise ships are reportedly visiting Trois Rivieres in 2016.

We chose to discover the town on foot in the morning which was both interesting and picturesque. The information centre in the cruise terminal were very helpful providing maps and routes of the various walking tours you can take. Lots of cafes and restaurants abound with an almost endless choice of cuisines.