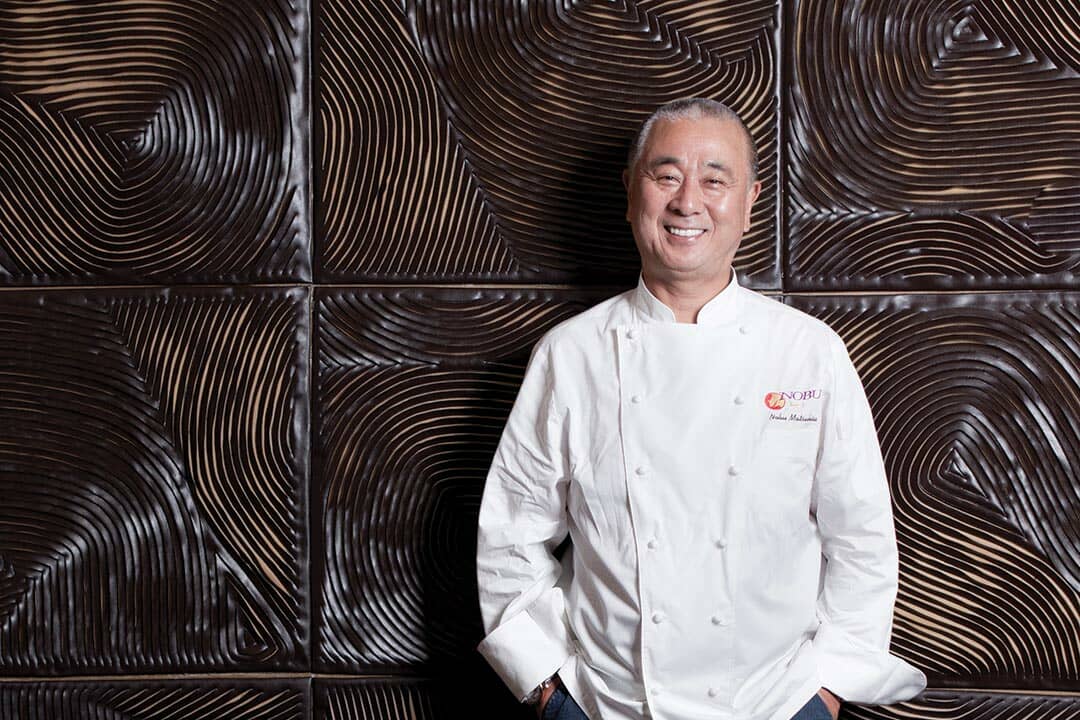 Crystal Cruises has a new menu item for the Silver Anniversary President’s Cruise: Dinners, Tastings and Demos with the World-Renowned Chef Nobu Matsuhisa. Continuing the trend in Food and Wine Cruises being offered by the cruise lines, this is truly a great way to meet celebrity chefs whilst enjoying a Luxury Cruise.

Master Chef Nobu Matsuhisa is to bring his internationally acclaimed expertise onboard Crystal Cruises’ 12th July Luxury European cruise from Lisbon to Dover. Planned special dinners, sake tastings and celebrations are set to feature Nobu’s famous Peruvian-infused Japanese cuisine will only enhance the special atmosphere on board, as the sailing celebrates Crystal’s 25th Anniversary and is hosted by Crystal’s president and COO Edie Rodriguez. Throughout the 13-night voyage, Nobu – whose signature cuisine is featured in Crystal’s Silk Road and The Sushi Bar – will share his talents and famously personable panache during cooking demos, book signings and Sake tastings with Sake Master Hazu.

“Nobu has been a special part of the Crystal family for many years and we’re thrilled to welcome him back onboard to celebrate our 25th anniversary,” said Rodriguez. “Luxury travellers throughout the world relish the opportunity to enjoy his distinctive cuisine. Therefore, the fact that they can enjoy his specialties on every cruise during the year and have the opportunity to mingle with and learn from him makes it all the more special for Crystal guests.”

Nobu’s Japanese-Peruvian fusion cuisine has been served complimentary in Silk Road and The Sushi Bar onboard every Crystal Symphony and Crystal Serenity sailing since 2003 and 2008, respectively. Nobu personally trains all chefs, designs all menus and frequently visits the ships for ongoing refinement.

Crystal Cruises is the world’s leading luxury cruise provider, having earned more “World’s Best” awards than any other cruise line, hotel or resort in history. Aboard the all-inclusive, ultra-luxurious Crystal Symphony and Crystal Serenity, refined elegance meets casual simplicity. With an emphasis on innovative product differentiation, the renowned Crystal experience is distinguished by classic service, abundant space, superior quality and extensive choices. Crystal sails to all seven continents, providing worldwide holidays of five to 100+ nights that bridge the best of land and sea.

Image by Courtesy of Crystal Cruises