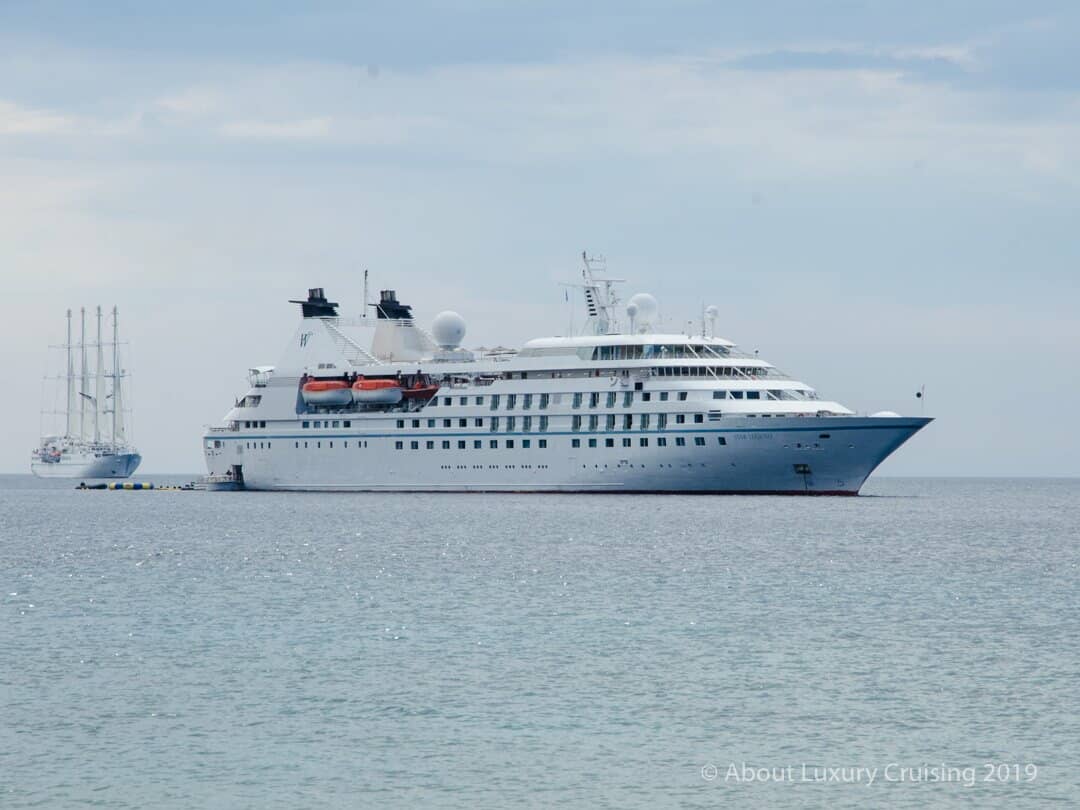 At a christening ceremony in Nice, France, Windstar Cruises debuted Star Breeze, the second of the fleet’s three new all suite power yachts. The christening ceremony and pier-side champagne celebration mark the luxury yacht’s introduction to the Windstar fleet, and the start of its inaugural voyage through France, Monaco, and Italy. Wendy Perrin, TripAdvisor’s first-ever Travel Advocate and the founder of WendyPerrin.com, was honoured as Godmother of the yacht, successfully breaking a traditional bottle of champagne over the bow in front of a crowd of 250 guests, media, trade partners, and parent company Xanterra Parks & Resorts. Wendy Perrin was joined on stage by Hans Birkholz, CEO of Windstar Cruises; Captain Krasimir Ivanov; and Father Jean Marie.

“I can’t imagine a more exciting time to be part of Windstar Cruises,” says Hans Birkholz. “The driving force to Windstar’s success is our unwavering commitment of providing a personal yacht style vacation. Our ships are small, our ambience: casually elegant, our service: personal.”

The 212-passenger yacht joins the fleet after an $8.5 million, three-week renovation in Genoa, Italy. Star Breeze received a full stem to stern transformation, including overhauls of every public space, dining venues, and suites. Highlights include:

After its inaugural voyage, Star Breeze will continue to cruise in the Mediterranean for the summer season. Following an ocean crossing in the fall, Star Breeze will embark on Windstar’s newest Caribbean itinerary, Icons of the Dutch Caribbean, before continuing on to sail in Panama and Costa Rica for the winter season.

Windstar took official possession of Star Legend on May 4, 2015, making Windstar’s six ship fleet the largest in its thirty year history. Windstar will debut Star Legend, the last of Windstar’s newest all suite power yachts, on May 25, 2015 at a christening ceremony in Rome. In 2016, Windstar is planning a $3 million additional renovation of Star Pride. Star Pride joined Windstar’s fleet in May of 2014, after a moderate facelift and updated furnishings with some remodeling. The continuation of the transformation includes the completion of the AmphorA Restaurant remodel and a total renovation of the Lounge, Veranda, Screening Room, and more.

Star Breeze (formerly Royal Viking Queen, and Seabourn Spirit) is a German-built cruise ship completed in 1989. The luxury liner travels between Europe and Africa, and is owned by Windstar Cruises. In early 2005 it was rated the best small cruise ship by Condé Nast. In April 2015, she departed the Seabourn fleet, and on 6 May 2015 she was rechristened and entered service with Windstar Cruises.