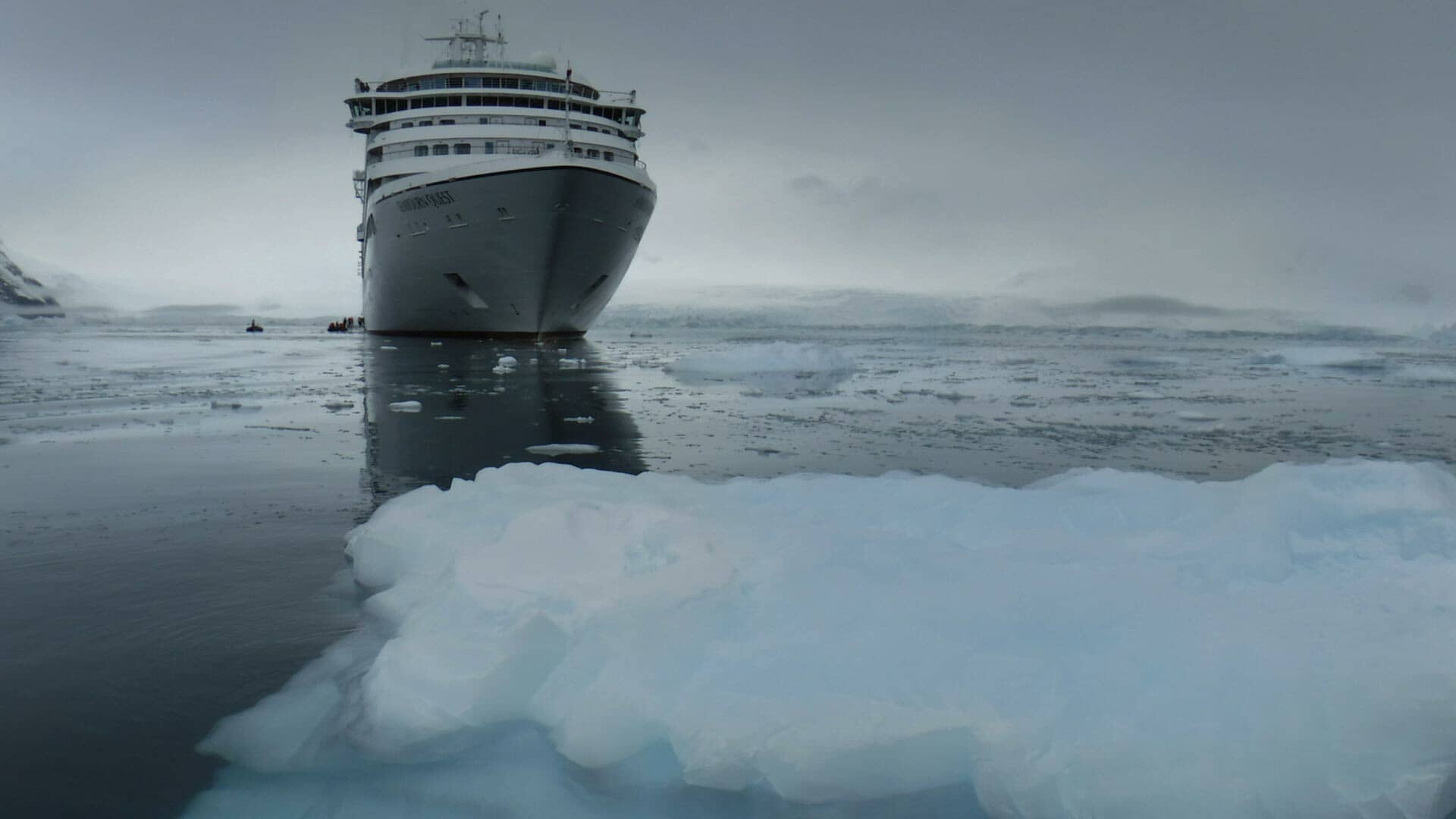 Seabourn has completed its second Antarctic season with four highly successful voyages that exceeded guests’ expectations and delivered unforgettable experiences in the “White Continent.” Over the 2014-2015 season, we continued to redefine ultra-luxury cruising in Antarctica by offering authentic destination experiences combined with our award-winning onboard lifestyle and one of the most impressive ships ever to sail this region. With winter now embracing the Southern Hemisphere, we are already looking forward to the 2015-2016 Antarctic season aboard Seabourn Quest.

Expedition Leader Robin West reports many operational achievements through the season, assuring that guests enjoyed every aspect of Antarctica. The shore-side operation was matched by an incredible onboard academic program with an average of 30 lectures per voyage delivered by a world-class expedition team.

The many highlights and incredible encounters included killer whale sightings right next to the vessel, complementing the lectures by leading orca experts Dr. John Ford and Dr. Ingrid Visser. There were also sightings of humpback whales logging, breaching, spy-hopping and bubble-net-feeding; a landing on South Georgia welcomed by fur seals, elephant seals and 200,000 king penguins; and a very personable and playful minke whale that entertained guests up close during a zodiac tour in Charlotte Bay on the Antarctica Peninsula.

“For many guests, the most popular and educational activity in Antarctica is a zodiac tour,” noted West. “They get to experience icebergs, whales, seals and penguins up close with the interpretive accompaniment of an expert driver-naturalist guide, and then come back and enjoy all the comforts of a true ultra-luxury vessel.”

In addition, the crew of Seabourn Quest received record guest ratings – a true testament to the line’s onboard talent, particularly given the demanding conditions of an Antarctica voyage. Each voyage of the season included six days of landings and zodiac tours, allowing guests to step ashore and explore many of the most beautiful and interesting sites on the continent and islands. Seabourn is the only line to offer an authentic destination experience and ultra-luxury cruising in Antarctica.

It is hard to minimise the excitement of setting foot on and experiencing the many natural wonders of Antarctica up close. A glimpse of that excitement can be found on a new video produced by veteran cruise journalist Ralph Grizzle, who sailed to Antarctica on Seabourn Quest in November, blogging every day and capturing amazing imagery along the way.

Seabourn Quest returns to Antarctica beginning 29th November 2015, on a series of four 21- to 24-day voyages between Valparaíso, (Santiago) Chile and Buenos Aires, Argentina. Each includes days exploring the Chilean coast and fjords, Beagle Channel, Glacier Alley, the breathtaking Torres del Paine National Park, the Falkland/Malvinas Islands, Montevideo and six days of cruising and landings on the Antarctic Continent in uncompromised Seabourn luxury. A 24-day Holiday version, departing 20th December 2015, will include two days exploring the sub-Antarctic wildlife Eden of South Georgia, renowned for its beauty and its vast, teeming rookeries of king penguins and other seabirds, as well as breeding elephant and fur seals.

Not sure about Antarctica, watch this great video about cruising Antarctica with Seabourn.  Antartica – you will love it.