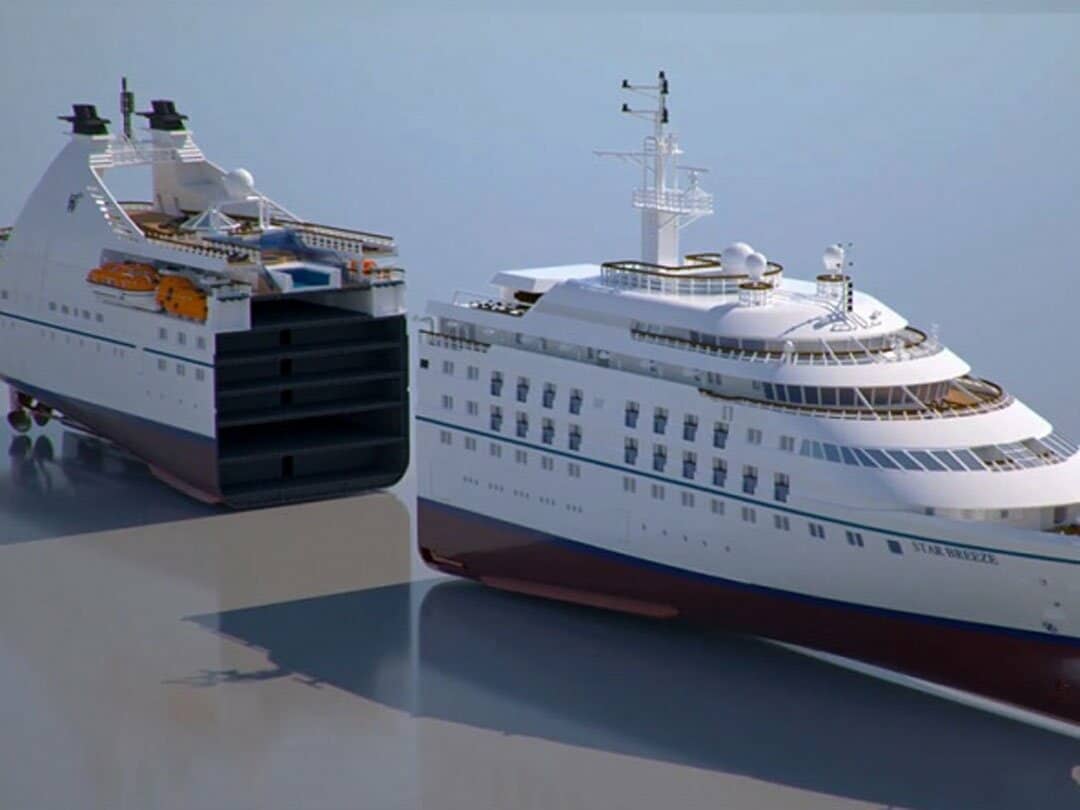 The $250m Star Plus Initiative

Zammit shared technical details and video on the complex project in the wake of last week’s “Steel Cutting Ceremony” that began the creation of the first new section of the ship, proving the project is moving from renderings to reality at Fincantieri’s Shipyards in Trieste and later in Palermo, Italy.

The Star Plus Initiative is the most complex and comprehensive small ship lengthening, engine replacement, and renovation project in cruising.

“This is the biggest investment and expansion in Windstar Cruises’ history,” said Delaney. “The investment of a quarter of a billion dollars ensures to our loyal and future guests, and industry partners, that these ships will continue to sail for generations and deliver on their promise of visiting the smaller ports and waters of the world that our brand is known for. We are all proud to be part of this historic event in the small ship cruise industry.”

Windstar will take half of its fleet – Star Breeze, Star Legend, and Star Pride – and renovate each ship in succession. Work on the ships begins in October 2019 and ends in November 2020. The total capacity of the expanded ships will be 312 guests, with additional staff hired to maintain the line’s impressive 1.5 to 1 guest-to-staff ratio.

The ships’ new engines will meet and exceed new global International Maritime Organization (IMO) limits – one of the requirements being the engines produce no more than .5 percent sulphur content. In addition, the new engines are designed to reduce nitrogen oxide emissions, supporting the company’s goals of traveling with a softer environmental footprint.

Star Plus Initiative is an extraordinary and very comprehensive program, which is why we are honored to partner with Windstar for its execution. Ship conversions are much more than simple upgrades, they’re about enhancing the main technical and commercial qualities of the ship, while enriching the brand attributes that have earned Windstar the reputation of being an innovative leader in small ship cruising.

In the last few years, our company has made a long-term strategic choice to specialize in these kinds of operations, particularly in the cruise segment, which has allowed us to quickly gain an acknowledged leadership position in this sector.”

Ray Chung, Director of Design at The Johnson Studio at Cooper Carry in New York, and his team have been tasked with creating modern and inviting new public spaces and 50 new suites. “They just don’t build ships like this anymore,” said Chung. “We are keeping the best elements and designs from these iconic vessels and re-envisioning them for the modern guest.

The design of the public and private spaces provides a rich backdrop for guests as they create their own storytelling moments of their time on board. The design is very conscious of how people ‘flow’ effortlessly through the ship and leverages drama and scale for a larger visual impact.” At a Seatrade conference, John Delaney walked media and special guests through the vision for the new spaces, especially the 50 new suites configured with the bed by the window or balcony.

In addition to the new guest suites, all bathrooms in existing suites will be renovated in the same design. An inviting new infinity pool was also revealed, along with a reimagined Veranda restaurant with all new layout and more seating.

More news and reveals will be announced in the coming months, including two highly anticipated new dining spaces and new dining concepts on board, a world-class spa and fitness center, and enhanced “living room-esque” deck space, where guests will no doubt congregate.

The renovated ships will chart courses to some of the most popular, aspirational, and legendary destinations in the world including Iceland, Northern Europe, the British Isles, Ireland, Greece, Turkey, Crete, Israel, Egypt, Malta, the Cote D’Azur, Alaska, the Panama Canal, Mexico, Baja, the West Coast of the U.S., and the Caribbean. Itineraries will continue to feature transits of the famous Corinth Canal – a feat only small ships can fathom – along with a plethora of other “small ship only” experiences. 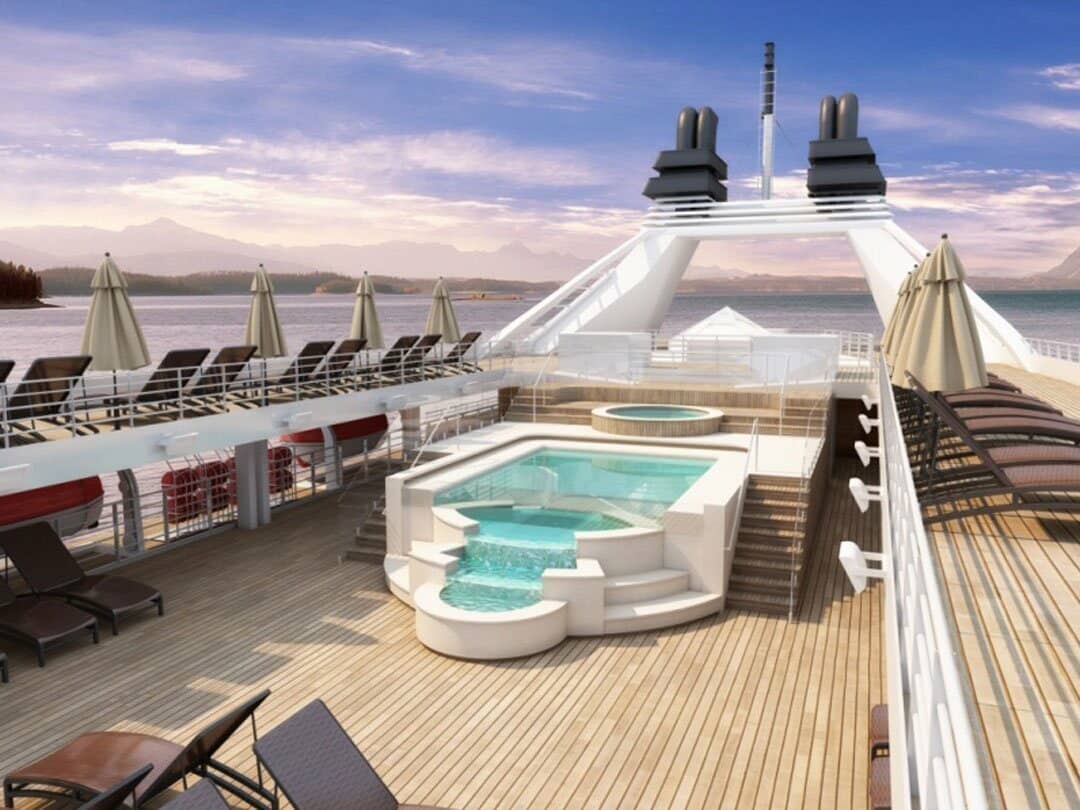 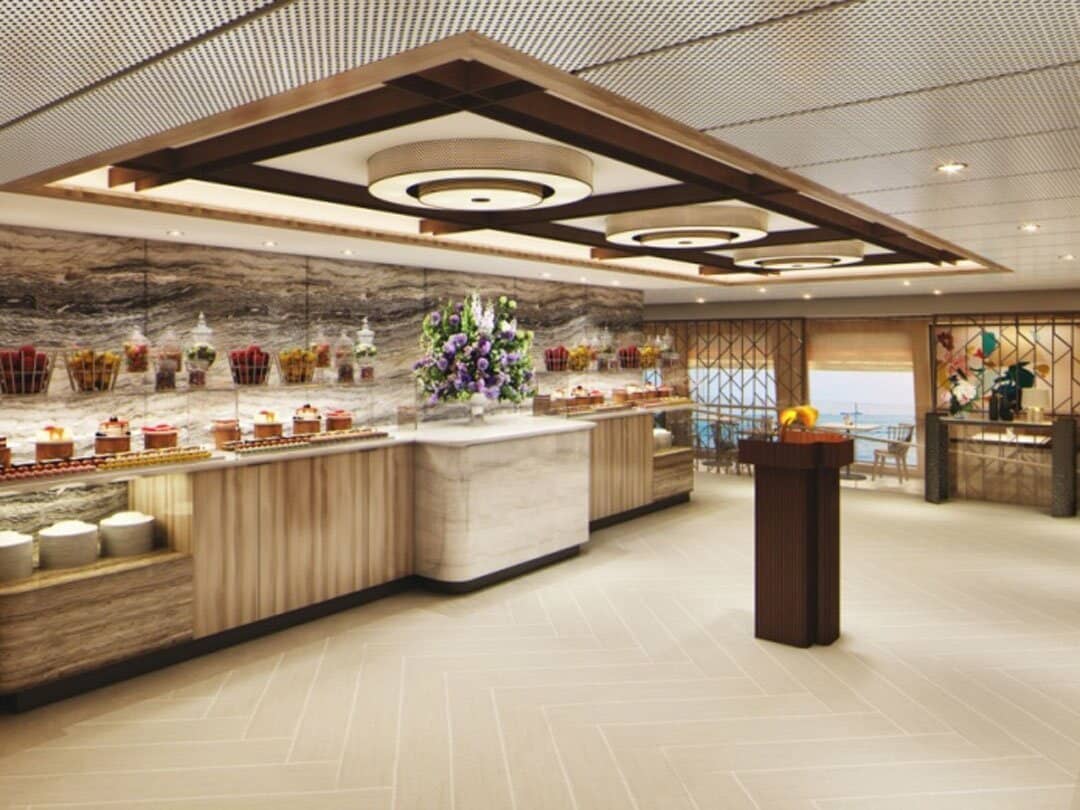